It was standing room only at the Beachmont VFW this past Monday morning as a big crowd came to support the effort to bring back the tradition of the having the Columbus Day Parade in Revere.  Mayor Dan Rizzo, as the event MC,  showed great pride and determination in his ability to gather widespread community support  for this event in his effort to bring back the parade in 2013. A  full slate of local, state and federal elected officials attended the event and provided great entertainment to the audience by offering light banter and joking and even some pointed snips toward other pols not in attendance. Some in the audience even took a few hits although it all seemed to be in good fun! It was a great time enjoyed by many, it will most likely become an annual event.

The event which raised a good sum will help to finance the 2013 Columbus Day Parade. Many of our local businesses and non-profit organizations really got behind this event as evidenced by the strong turnout, ticket sales and generosity through sponsorship and volunteer effort.  Congratulations to all that worked so diligently to make this 2012 Columbus Day Parade Breakfast Fundraiser a great success!  Click on the link here to the event at Revere TV : http://www.youtube.com/watch?v=CzZ43d-m5ro&hd=1 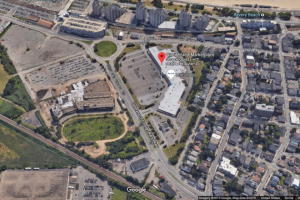