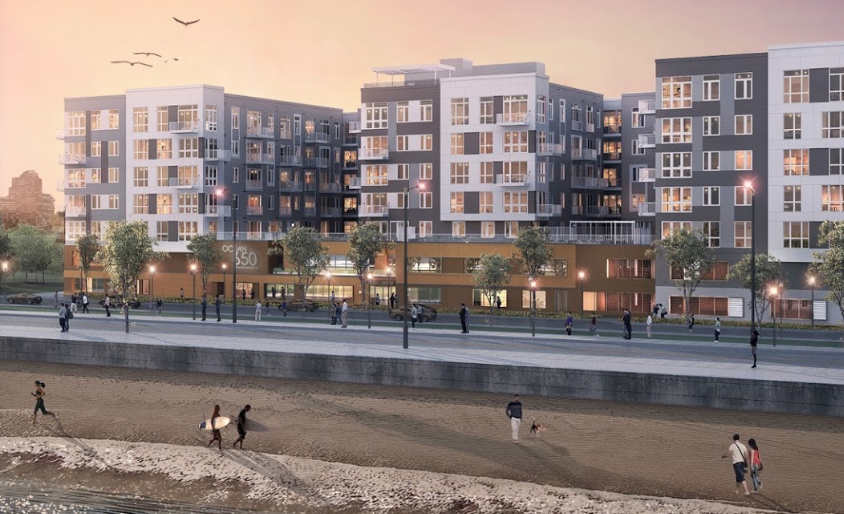 Special to the Revere Journal – Staff

Mayor Brian M. Arrigo announced this week that the City is a recipient of a $1-million MassWorks grant for infrastructure improvements along Ocean Avenue.

“Since 2008 when the long-anticipated Waterfront Square development got underway, the  Ocean Avenue area has undergone an historic transformation,” said Mayor Arrigo.  “Empty lots and surface parking lots have become thriving new neighborhoods, and we are now seeing business development in the form of restaurants and a new hotel adjacent to the Wonderland MBTA station.  As this work is approaching the end stages, it makes sense for the State to fund long-awaited infrastructure improvements such as the relocation of utilities and major streetscape accommodations.”

Particular focus will fall on pedestrian and bicycle access along the way.  “Sidewalk improvements have been set aside for years as we awaited the completion of much of the development in the area,” said the Mayor.  “In addition to the private development along Ocean Avenue, we see the completion of the new DCR facility that sits between Ocean Avenue and Revere Beach Boulevard.  Now, a next phase is bring the streetscape into conformity with the area’s new and modern appearance.”

The infrastructure improvements will help advance the long-term goal of a well-conceived Revere Beach Transit-Oriented Development District.  “Thanks to the support of Governor Baker, Speaker DeLeo, Senator Boncore, and Representative Vincent, this will fuel the momentum  happening in Revere, benefiting residents, visitors, and businesses along Ocean Avenue,” said Mayor Arrigo. “The grant monies will support the growth of our local economy, creating walkable space between the mixed-use community, centered between two T stops. Infrastructure improvements that advance Transit-Oriented Development is key to a vibrant, sustainable, and attractive community that encourages residents and visitors alike to utilize public transit.”

“It is important residents and visitors are safe when walking the streets along Revere Beach,” said Ward 2 Councillor Ira Novoselsky. “These infrastructure improvements are long overdue, and this is welcoming news for my constituents.”