Revere Beach is at the top of the class in terms of water quality, according to a report card recently released by a local environmental organization. Revere received a 98 percent on primary beach safety in the Beach Water Quality Report Card released by environmental advocacy organization Save the Harbor/Save the Bay. The report card is based on water quality data collected during the 2016 beach season on 15 public beaches in 10 communities, including Lynn, Swampscott, Nahant, Revere, Winthrop, East Boston, South Boston, Dorchester, Quincy and Hull.

“This year’s report card contains good news for many of our beaches,” said Save the Harbor’s spokesman, Bruce Berman. “However, 2016 was a very dry year, with just 5.3 inches of rain and one large storm with over one inch of rain compared to the 10.2 inches we had in 2015 and the 13 inches of precipitation we expect in a typical beach season. Though the annual results are important, an analysis of all the data we have collected since 2011 tells a more complete story.”

Revere Beach has done typically well over the past few years. Last year the beach also received a 98 percent score, and its six-year average is 95 percent. The highest grades received by Revere Beach in the past six years were in 2014 and 2012, when it received 100 percent. Its lowest grade occurred in 2011: 88 percent.

TagsCity of Revere DCR Revere Advocate News RevereBeach.com Save the Harbor Save the Bay

Councillor Powers Stands up Against Parking Meters at Revere Beach 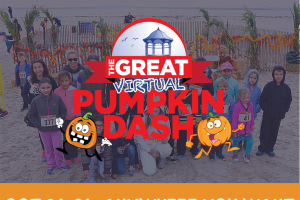