Suffolk Downs will celebrate what is very likely the final day of racing at the 79-year-old racetrack on Saturday with a series of tributes featuring the horses and the people who have built the trackâ€™s rich tradition dating back to its opening in 1935, the track announced today. From the day’s first race, “The Eddie Wrack,” named for the horse that won the track’s inaugural race on July 10. 1935, to the ninth and final race on Saturdayâ€™s card, “The Seabiscuit,” Suffolk Downs will honor the its most famous performers and performances all afternoon long with live winnerâ€™s circle and video presentations. “We are looking forward to Saturday and to providing thousands of local racing fans what we hope is an appropriate appreciation of this facility’s legacy as one of the area’s most historic sports and entertainment venues,” said Chip Tuttle, the track’s Chief Operating Officer. Local jockeys Rudy Baez and Carl Gambardella, who competed as rivals at Suffolk Downs for years, will be on hand for a winners’ circle presentation commemorating their achievements as two of the most accomplished riders in track history Hall of Fame jockeys Jerry Bailey, who rode Cigar during his 16-race winning streak, which included the 1995 and 1996 Massachusetts Handicaps, and Dorchester native Chris McCarron, who famously won the 1987 MassCap aboard hometown favorite Waquoit, are unable to attend Saturday but have sent video tributes about their fond memories at Suffolk Downs. Former Suffolk Downs track announcer Larry Collmus, the voice of the Triple Crown on NBC and currently the track announcer at Churchill Downs, Gulfstream Park and the New York Racing Association, will also have a message for Suffolk Downs fans from the rooftop of Churchill Downs, between itâ€™s famed twin spires. The day’s second race is named in honor of James B. Moseley, the Hamilton, MA horseman and investor who spearheaded the reopening of Suffolk Downs in 1992 after it had closed in 1989and was instrumental in reviving the MassCap in 1995. Other races on the nine race card are named for Cigar, Whirlaway, Waquoit, Skip Away, and, of course, The Beatles, whose last Boston area concert was at Suffolk Downs in 1966. Suffolk Downs is also cleaning out its promotional inventory on Saturday. The track will be selling vintage souvenirs â€“ MassCap hats, Boston Strong Suffolk Downs’ logo t-shirts and other memorabilia — with proceeds of those sales benefiting CANTER New England and the Thoroughbred Retirement Foundation, the track’s two primary partners in its industry-leading commitment to humane aftercare and retirement programs for its equine athletes. Heading into closing day of the 65-day 2014 racing season, Lynn’s Jay Bernardini tops the trainer standings with 58 victories and will be awarded with his first training title. New Hampshire native David Amiss is in the lead to earn his first riding title at Suffolk Downs with 61 wins, five ahead of Dyn Panell. Frank Bertolinoâ€™s Monarch Stables will take home their fourth consecutive leading owner title with 21 wins for the meet. The final race on the card is a conditioned allowance race at one-mile and 70 yards that will start in front of the grandstand. Rich Garrick of the All-Star Buglers will be on hand to play the National Anthem and the call to post. First post for live racing is 12:45 p.m. 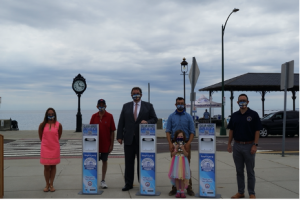 Revere launches “Wear One For Me” Public Awareness Campaign 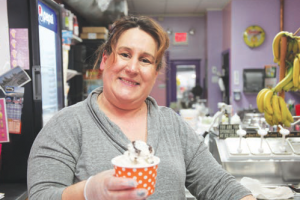