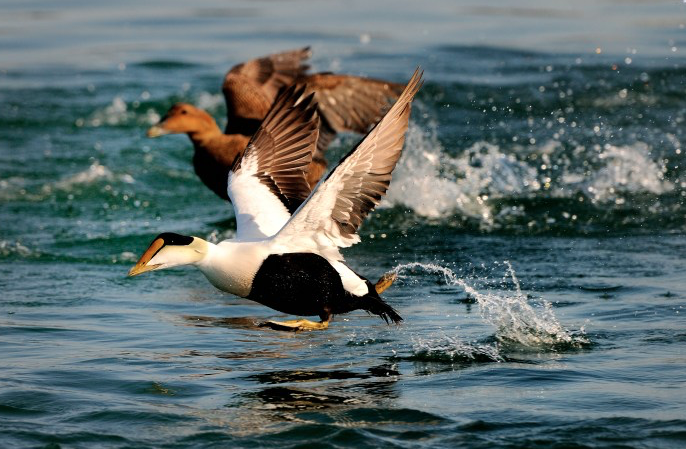 The eider is a sea duck that travels to Massachusetts in the winter from Canada; they return to Canada to nest and raise their young. Birdwatchers, including Massachusetts Division of Fisheries and Wildlife Information & Education Chief Marion Larson, travel to the North Shore annually in the winter to look for these and other northern visitors with their binoculars. State Rep. RoseLee Vincent (D-Revere) is seeking to regulate duck hunting in close proximity to houses,

Heightening over the weekend, State Rep. RoseLee Vincent, who lives along the beach, has received numerous calls from her neighbors and constituents – those who not only heard gunshots but observed the hunters in boats outside the windows of their homes. She was quick to note that hunters have every right to hunt, but it is due to the close proximity to the residential neighborhoods that she seeks to file a Home Rule Petition and look into exploring other options for regulation.

“When you live in a city with more than 55,000 people in a less than 7 square mile radius, it doesn’t make sense that people sitting in their living room, driving by, or running along the shore can not only hear but see hunters shooting and killing ducks,” Vincent said Monday afternoon.

Vincent represents approximately 40,000 of those people – most of whom live in Revere and neighboring Saugus. Vincent explained that there has been an issue with people hunting ducks in the waters off of Revere, which are in extremely close proximity to not only dwellings (homes, apartments, condos), but also in close proximity to vehicles traversing Revere Beach Boulevard and Route 107, joggers on America’s First Public Beach and even windsurfers in the ocean.